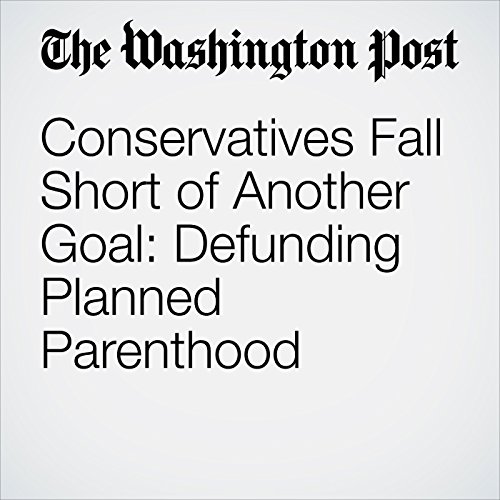 They had thought slashing Medicaid funding for the women’s health group was a sure thing with one-party Republican rule.

"Conservatives Fall Short of Another Goal: Defunding Planned Parenthood" is from the April 05, 2017 National section of The Washington Post. It was written by Paige Winfield Cunningham and narrated by Jenny Hoops.