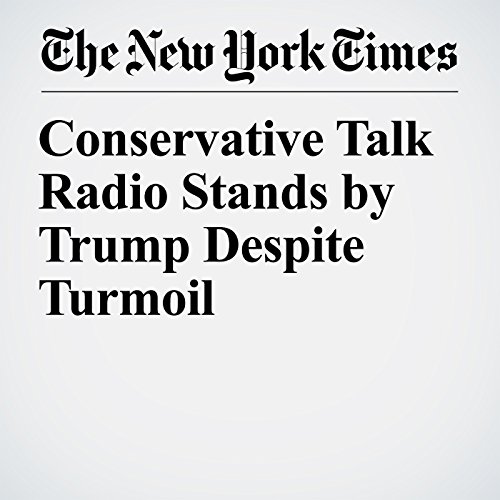 Americans are bitterly divided and often see events through their partisan lenses. On talk programs across the country, responses divided neatly along party lines. Liberals saw the resignation of the national security adviser, Michael T. Flynn, as a sign that the administration was ethically compromised and playing fast and loose with national security. Conservatives saw a hostile elite arrayed against Trump.

"Conservative Talk Radio Stands by Trump Despite Turmoil" is from the February 15, 2017 U.S. section of The New York Times. It was written by Sabrina Tavernise and narrated by Caroline Miller.