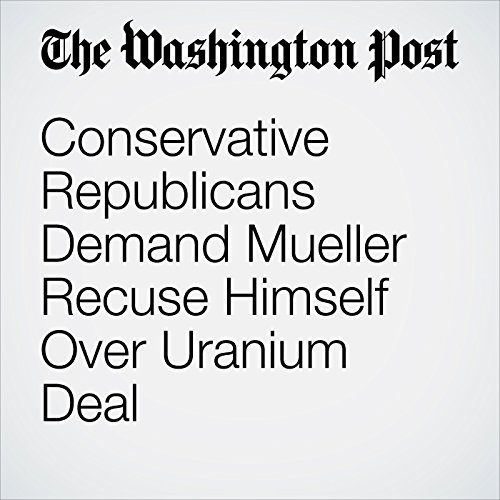 Three conservative House Republicans are expected to file a resolution Friday calling on special counsel Robert S. Mueller III to recuse himself from his probe of Russian meddling in the 2016 U.S. presidential election, accusing him of conflicts of interest.

"Conservative Republicans Demand Mueller Recuse Himself Over Uranium Deal" is from the November 03, 2017 Politics section of The Washington Post. It was written by Karoun Demirjian and narrated by Jenny Hoops.