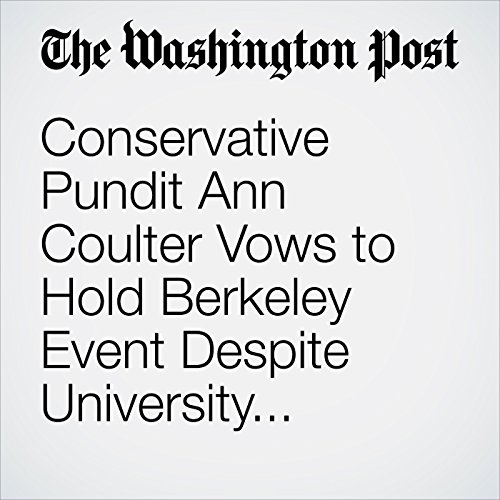 Conservative pundit Ann Coulter is vowing to go ahead with an appearance at the University of California at Berkeley next week despite a decision by officials to cancel her planned speech amid safety concerns after politically charged riots and violence in recent months.

"Conservative Pundit Ann Coulter Vows to Hold Berkeley Event Despite University Cancellation" is from the April 19, 2017 Politics section of The Washington Post. It was written by William Wan and narrated by Sam Scholl.