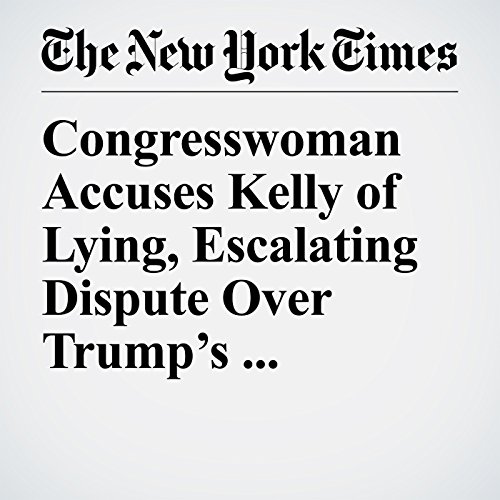 Rep. Frederica S. Wilson said Friday that President Donald Trump’s chief of staff lied about her role in a 2015 dedication ceremony for a federal building, escalating the back-and-forth jabs between her and the White House that started over a condolence call the president made to the wife of a fallen soldier.

"Congresswoman Accuses Kelly of Lying, Escalating Dispute Over Trump’s Condolence Call" is from the October 20, 2017 U.S. section of The New York Times. It was written by Eileen Sullivan and narrated by Mike DelGaudio.