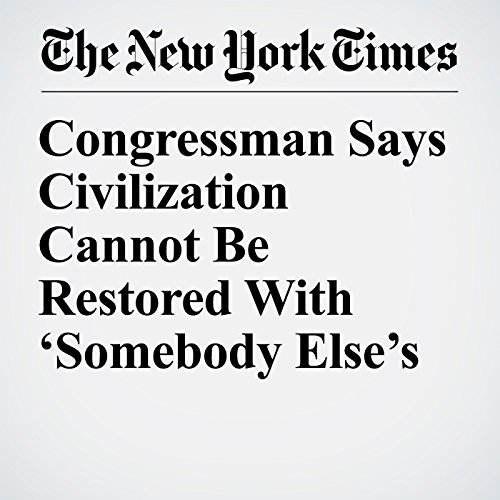 Rep. Steve King, R-Iowa, who has a history of making inflammatory statements viewed by many as insensitive or outright racist, was roundly criticized Sunday for his apparent endorsement of white nationalism.

"Congressman Says Civilization Cannot Be Restored With ‘Somebody Else’s Babies’" is from the March 12, 2017 U.S. section of The New York Times. It was written by Matthew Haag and narrated by Fleet Cooper.