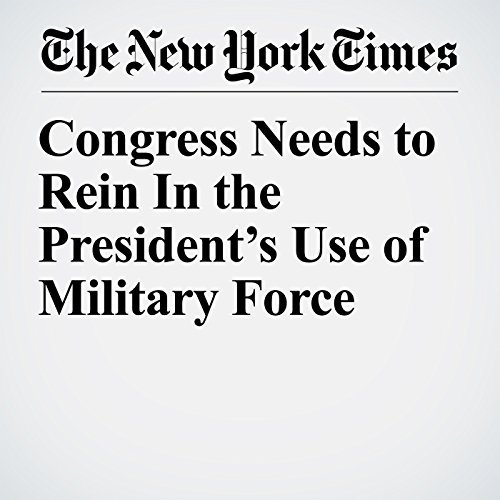 President Trump has a big constitutional decision to make regarding the attack launched on Friday by United States, British and French forces against Syria for its use of chemical weapons. And he should make it this week.

"Congress Needs to Rein In the President’s Use of Military Force" is from the April 16, 2018 Opinion section of The New York Times. It was written by Bruce Ackerman and narrated by Kristi Burns.