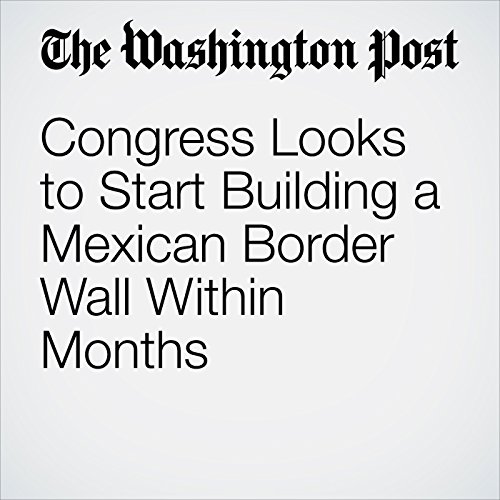 From the beginning of this campaign, Trump pledged to “build a wall and make Mexico pay for it.” While the funding under discussion in Congress would be from U.S. taxpayer funds, it would not preclude Trump’s administration from seeking reimbursement from Mexico, as Trump himself has discussed on the campaign trail.

"Congress Looks to Start Building a Mexican Border Wall Within Months" is from the January 06, 2016 Politics section of The Washington Post. It was written by Mike DeBonis and narrated by Jenny Hoops.