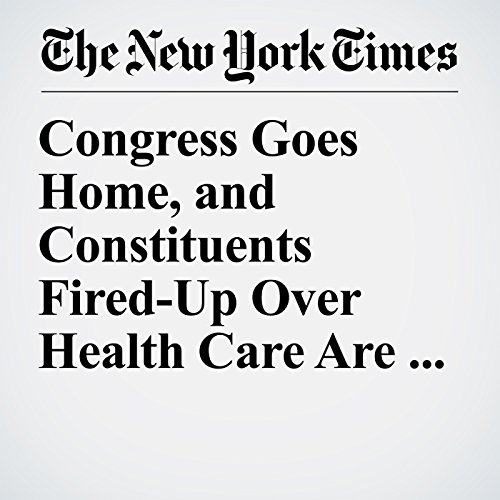 As Republican lawmakers prepare to leave Washington for a weeklong congressional recess, liberal groups and Democratic Party organizers are hoping to make their homecoming as noisy and uncomfortable as possible.

"Congress Goes Home, and Constituents Fired-Up Over Health Care Are Waiting" is from the February 17, 2017 U.S. section of The New York Times. It was written by Kate Zernike and Alexander Burns and narrated by Barbara Benjamin-Creel.