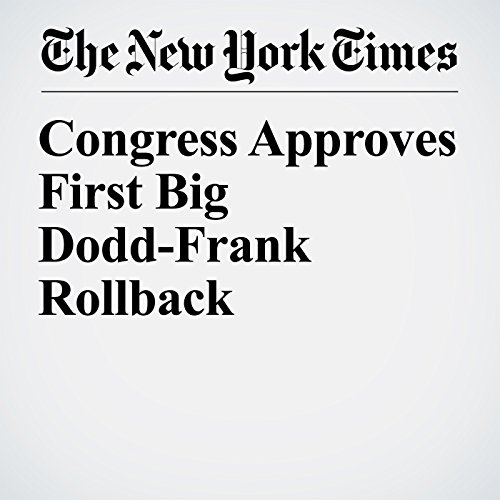 A decade after the global financial crisis tipped the United States into a recession, Congress agreed on Tuesday to free thousands of small and medium-sized banks from strict rules that were enacted as part of the 2010 Dodd-Frank law to prevent another meltdown.

"Congress Approves First Big Dodd-Frank Rollback" is from the May 22, 2018 Business section of The New York Times. It was written by Alan Rappeport and Emily Flitter and narrated by Keith Sellon-Wright.