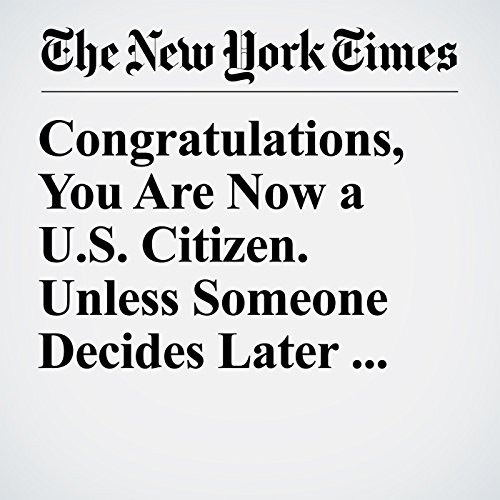 MIAMI — Norma Borgoño immigrated to the United States from Peru in 1989. A single mother with two children, she set roots in the Miami suburbs, finding work as a secretary, dedicating herself to her church and, earlier this year, welcoming her first grandchild, a girl named Isabel, after Borgoño’s middle name.

"Congratulations, You Are Now a U.S. Citizen. Unless Someone Decides Later You’re Not." is from the July 23, 2018 U.S. section of The New York Times. It was written by Patricia Mazzei and narrated by Keith Sellon-Wright.

Cosa pensano gli ascoltatori di Congratulations, You Are Now a U.S. Citizen. Unless Someone Decides Later You’re Not.