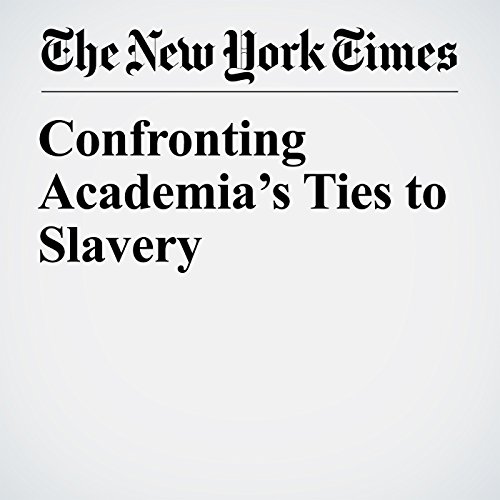 In 1976, archivists at Harvard’s natural history museum opened a drawer and discovered a haunting portrait of a shirtless enslaved man named Renty, gazing sorrowfully but steadily at the camera. Taken on a South Carolina plantation in 1850, it had been used by the Harvard biologist Louis Agassiz to formulate his now-discredited ideas about racial difference.

"Confronting Academia’s Ties to Slavery" is from the March 05, 2007 Arts section of The New York Times. It was written by Jennifer Schuessler and narrated by Kristi Burns.