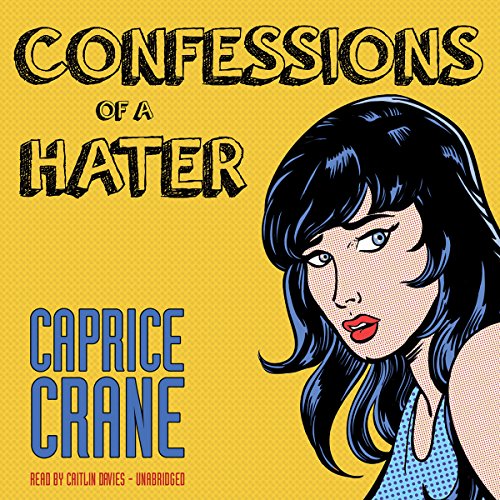 Who wants to move during high school? Certainly not Hailey Harper, whose father has a new job in Los Angeles. Leaving New York is daunting enough, but it's especially bad for Hailey, who's always felt invisible at school. She's pretty, she has friends, she likes art - but she isn't in the popular crowd.

As Hailey is packing for the move, she finds a journal belonging to her older sister, who's away at college. The journal is called, "How to Be a Hater". Has Hailey found the Bible of coolness? Quite possibly. Armed with the journal and her sister's hand-me-down skinny jeans and ballet flats, Hailey takes on a whole new persona for her first week at West Hollywood High, and she is quickly noticed by Skyler and her crew, the most popular girls at school.

It doesn't take long for Skyler to decide Hailey is an asset to the group, and it doesn't take Hailey long to realize this group of girls is mean, mean, mean. She quickly sheds her hater persona and makes new friends, girls who are deemed unacceptable by Skyler. Soon Hailey and her group are plotting to dethrone Skyler and give her a taste of her own medicine.

With the help of the journal and their own creativity, Hailey and her friends grow stronger. Skyler's ex even falls for Hailey. But what she doesn't bargain for is how good being a hater feels. Skyler deserves it, doesn't she?

I liked the narrator on another book and so gave this a try. Not regretting it!