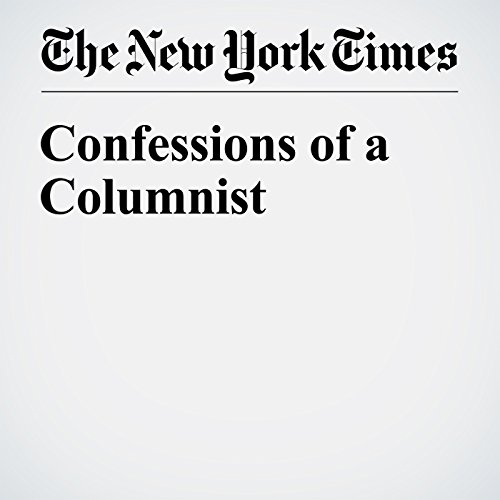 Every January I write a column exploring my faulty analysis and failed prophecies from the preceding year. After last year’s installment, in which I explained how I had underestimated a certain celebrity tycoon, I received a note from Trump Tower — a clipping of the column, scrawled over with a markered note: “Thank you — Now I will work to get you to go a little bit further. Best wishes, Donald Trump.”

"Confessions of a Columnist" is from the December 31, 2016 Opinion section of The New York Times. It was written by Ross Douthat and narrated by Fleet Cooper.