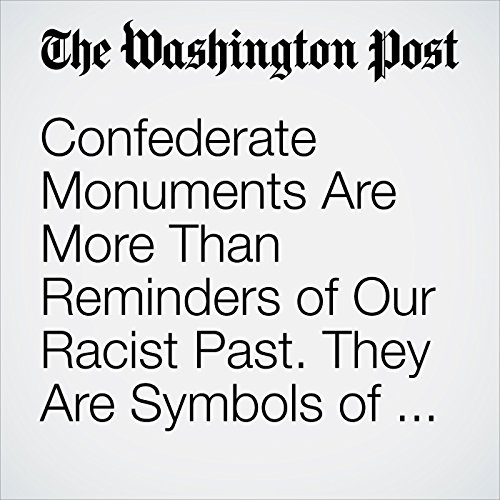 Black Americans are well-practiced at confronting the sobering, traumatic and often violent consequences of American racism. They do it daily. And black Southerners know the histories that gave rise to songs like “Dixie”and signs like the Confederate battle emblem better than the white Americans who sing the lyrics and wave the flag. For this reason, the question of whether to support or oppose the removal of Confederate statues and monuments is an easy one. Let them fall.

"Confederate Monuments Are More Than Reminders of Our Racist Past. They Are Symbols of Our Racist Present." is from the August 24, 2017 Post Nation section of The Washington Post. It was written by B. Brian Foster and narrated by Sam Scholl.