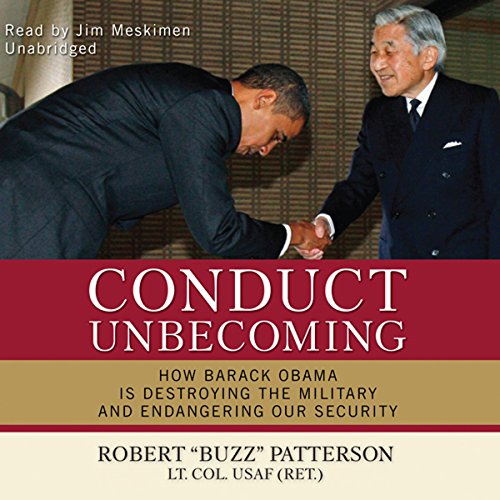 In Conduct Unbecoming, Lieutenant Colonel Robert Patterson, New York Times best-selling author and former senior military aide to President Clinton, exposes how President Barack Obama’s national security policies are weakening our military and endangering America’s safety. From underfunding and misusing the military to his “Apology Tour” across Europe and the Middle East, President Obama has made America more vulnerable with both our allies and our enemies.

Shocking and controversial, Conduct Unbecoming reveals how President Obama’s disregard for the military and a strong foreign policy is exposing us to unprecedented risks in the 21st century.

“Read this book. It will educate you and shock you at the same time. Brilliant read.” (General Thomas G. McInerney, Fox News military analyst and best-selling coauthor of Endgame: The Blueprint for Victory in the War on Terror)

The truth the America media ignore

8 yrs of Obama and the media still ignore his mark on history. Thank you, Lt. Col Patterson for putting the truth in one book.