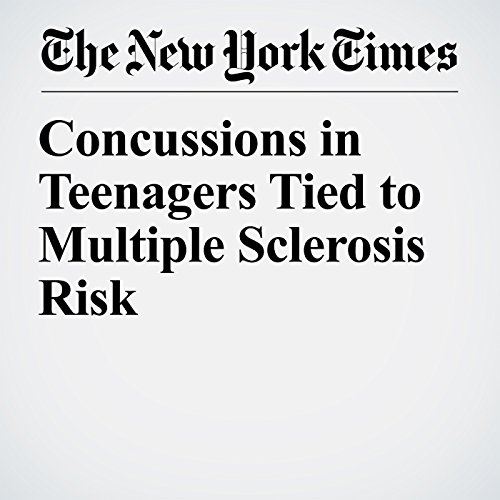 Here’s yet another reason to protect young athletes from head trauma: A large-scale new study found that concussions in adolescents can increase the risk of later developing multiple sclerosis. The risk of multiple sclerosis, or MS, an autoimmune nervous system disorder with an unknown cause, was especially high if there were more than one head injury.

"Concussions in Teenagers Tied to Multiple Sclerosis Risk" is from the October 23, 2017 Science section of The New York Times. It was written by Gretchen Reynolds and narrated by Kristi Burns.