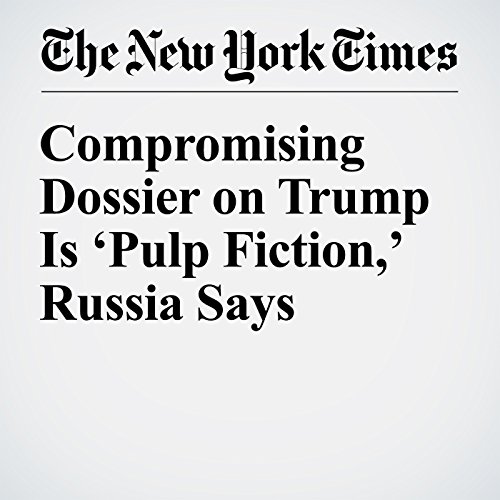 Russia has denied having any compromising material on President-elect Donald Trump, saying Wednesday that an uncorroborated report containing salacious allegations about him was “pulp fiction” intended to hurt Russian-American relations.

"Compromising Dossier on Trump Is ‘Pulp Fiction,’ Russia Says" is from the January 11, 2017 World section of The New York Times. It was written by Ivan Nechepurenko and narrated by Fleet Cooper.