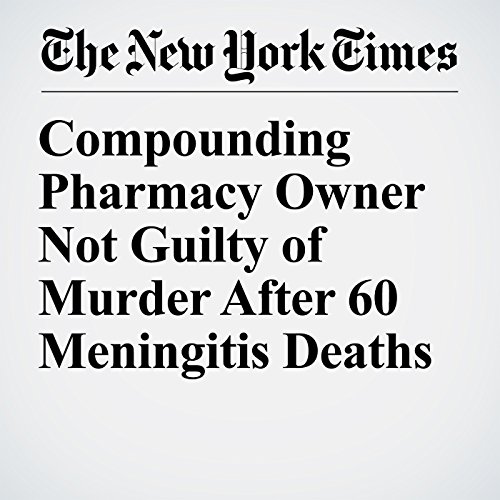 Compounding Pharmacy Owner Not Guilty of Murder After 60 Meningitis Deaths

The frightening pattern of sick patients emerged in 2012. First, two people died. Then it was eight. Then more. It was an outbreak of fungal meningitis, a rare disease that investigators linked to injections from a compounding pharmacy outside Boston.

"Compounding Pharmacy Owner Not Guilty of Murder After 60 Meningitis Deaths" is from the March 22, 2017 U.S. section of The New York Times. It was written by Jess Bidgood and narrated by Keith Sellon-Wright.