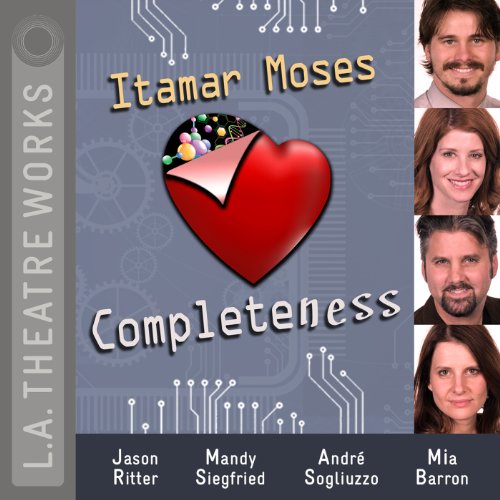 A play about love between gun-shy young scientists! Just how does a computer scientist romance a molecular biologist? Elliot offers to build a computer program to help Molly with her latest research project, but they discover that love just might be the winning formula - if they can only move beyond their fear and past heartbreak.

André Sogliuzzo as Don and Franklin;

Mia Barron as Lauren and Nell.

Directed by Stephen Sachs. Recorded before a live audience at the James Bridges Theater at UCLA School of Theater, Film and Television in October, 2011.

Completeness is part of L.A. Theatre Works’ Relativity Series featuring science-themed plays. Major funding for the Relativity Series is provided by the Alfred P. Sloan Foundation to enhance public understanding of science and technology in the modern world.