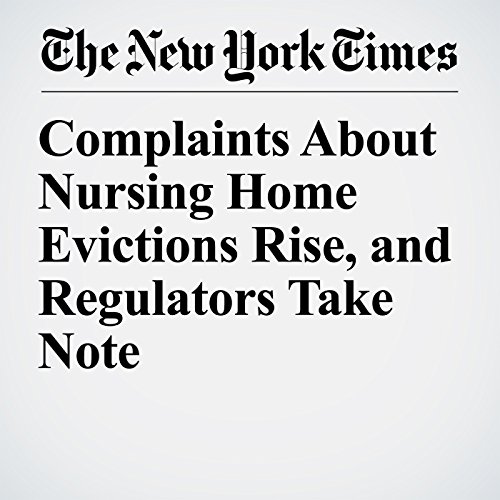 Six weeks after Deborah Zwaschka-Blansfield had the lower half of her left leg amputated, she received some news from the nursing home where she was recovering: Her insurance would no longer pay, and it was time to move on.

"Complaints About Nursing Home Evictions Rise, and Regulators Take Note" is from the February 22, 2018 Business section of The New York Times. It was written by Tara Siegel Bernard, Robert Pear and narrated by Kristi Burns.