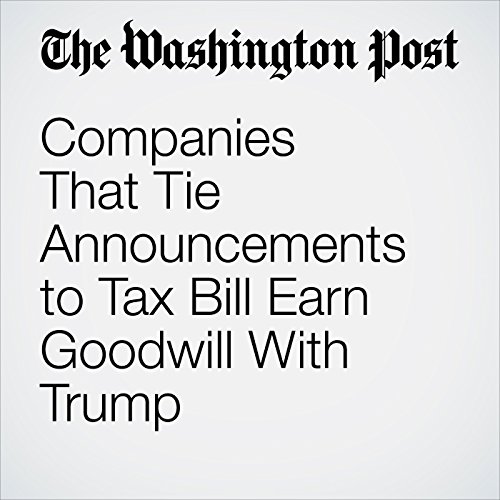 Moments before President Trump claimed his first legislative victory, he was notified that AT&T would be investing an additional $1 billion in U.S. networks and offering its employees a one-time bonus — thanks, the company said, to the Republican tax bill.

"Companies That Tie Announcements to Tax Bill Earn Goodwill With Trump" is from the December 22, 2017 Politics section of The Washington Post. It was written by Philip Rucker and narrated by Jenny Hoops.