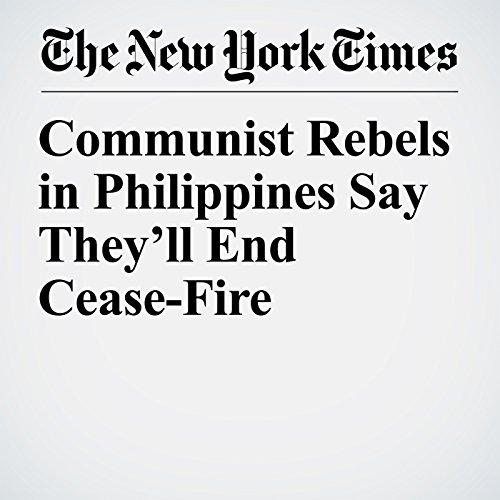 Communist rebels engaged in peace talks with the Philippine government said on Wednesday that they were ending a six-month cease-fire, accusing the armed forces of “encroaching” on rebel territory and the government of reneging on a promise to release jailed comrades.

"Communist Rebels in Philippines Say They’ll End Cease-Fire" is from the February 01, 2017 World section of The New York Times. It was written by Felipe Villamor and narrated by Keith Sellon-Wright.