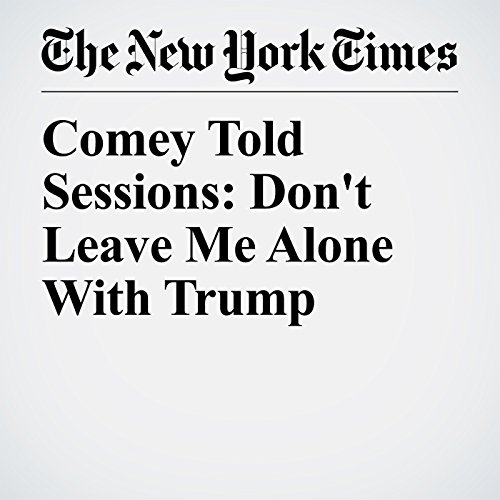 The day after President Donald Trump asked James B. Comey, the FBI director, to end an investigation into his former national security adviser, Comey confronted Attorney General Jeff Sessions and said he did not want to be left alone again with the president, according to current and former law enforcement officials.

"Comey Told Sessions: Don't Leave Me Alone With Trump" is from the June 06, 2017 U.S. section of The New York Times. It was written by Michael S. Schmidt and Matt Apuzzo and narrated by Kristi Burns.