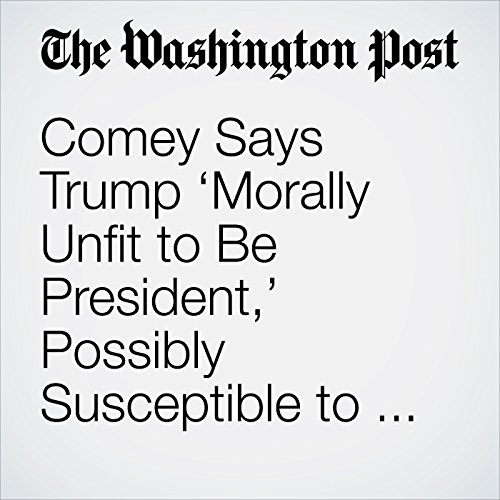 Former FBI director James B. Comey said in his first televised interview since being fired that he believed Donald Trump was “morally unfit to be president” and that it was “possible” that the Russians had material that could be used to blackmail him.

"Comey Says Trump ‘Morally Unfit to Be President,’ Possibly Susceptible to Russian Blackmail" is from the April 15, 2018 National section of The Washington Post. It was written by Matt Zapotosky, Devlin Barrett and narrated by Sam Scholl.