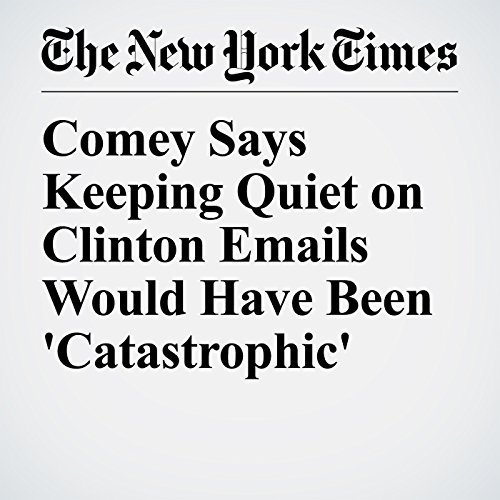 James Comey, the FBI director, on Wednesday sharply defended his rationale for notifying Congress about new emails related to the Hillary Clinton investigation less than two weeks before Election Day, saying any suggestion that he had affected the vote’s outcome made him “mildly nauseous.”

"Comey Says Keeping Quiet on Clinton Emails Would Have Been 'Catastrophic'" is from the May 03, 2017 U.S. section of The New York Times. It was written by Adam Goldman and narrated by Keith Sellon-Wright.