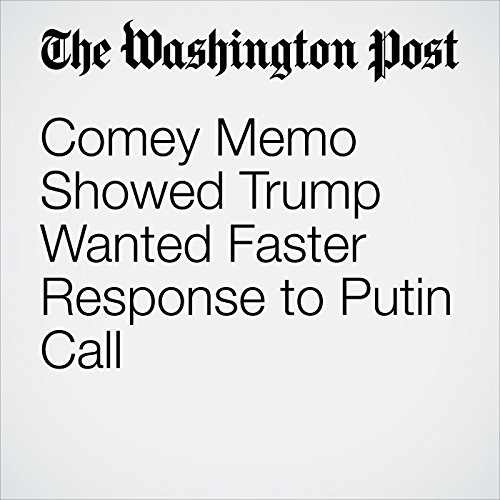 President Trump became irate at his then-national security adviser Michael Flynn, when he learned that Flynn had failed to tell him about a congratulatory phone call from Russian President Vladi­mir Putin after Trump’s inauguration, according to a senior administration official.

"Comey Memo Showed Trump Wanted Faster Response to Putin Call" is from the April 20, 2018 National section of The Washington Post. It was written by Josh Dawsey, Ellen Nakashima and Devlin Barrett and narrated by Jenny Hoops.