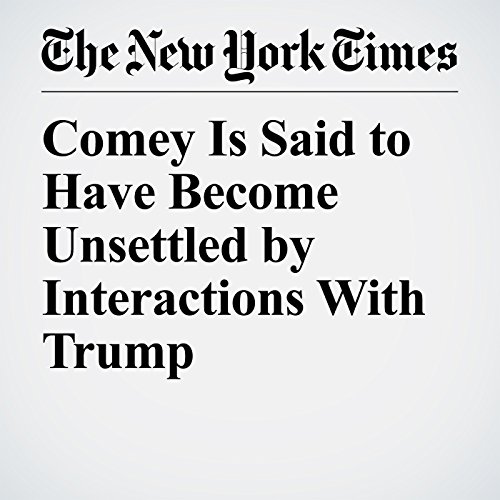 Comey Is Said to Have Become Unsettled by Interactions With Trump

President Donald Trump called the FBI director, James B. Comey, weeks after he took office and asked him when federal authorities were going to put out word that Trump was not personally under investigation, according to two people briefed on the call.

"Comey Is Said to Have Become Unsettled by Interactions With Trump" is from the May 18, 2017 U.S. section of The New York Times. It was written by Michael S. Schmidt and narrated by Barbara Benjamin-Creel.