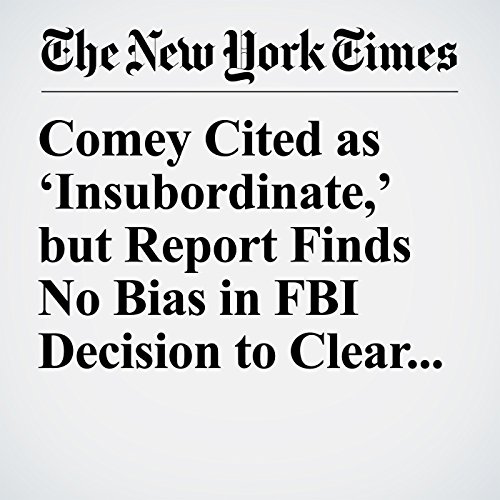 Former FBI Director James Comey was “insubordinate” in his handling of the investigation of Hillary Clinton during the 2016 presidential election, a critical Justice Department report has concluded, according to officials and others who saw or were briefed on it.

"Comey Cited as ‘Insubordinate,’ but Report Finds No Bias in FBI Decision to Clear Clinton" is from the June 14, 2018 U.S. section of The New York Times. It was written by Matt Apuzzo, Nicholas Fandos and Charlie Savage and narrated by Fleet Cooper.