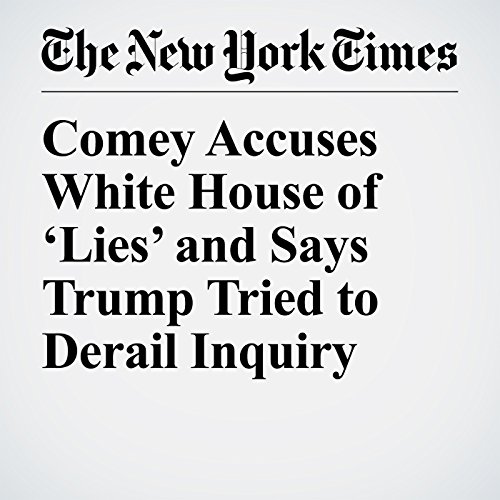 James Comey, the recently fired FBI director, said Thursday in an extraordinary Senate hearing that he believed that President Donald Trump had clearly tried to derail an FBI investigation into his former national security adviser and that the president had lied and defamed him.

"Comey Accuses White House of ‘Lies’ and Says Trump Tried to Derail Inquiry" is from the June 08, 2017 U.S. section of The New York Times. It was written by Matt Apuzzo and Emmarie Huetteman and narrated by Keith Sellon-Wright.