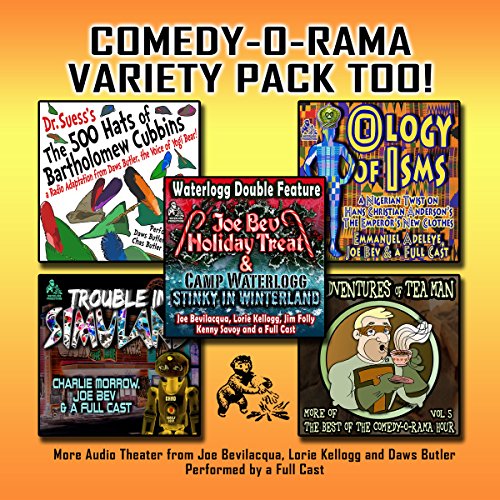 Produced and directed by Joe Bevilacqua

Music performed by Carla Rozman and the Napanoch "No Pants" Pops

The stories included are "Sleepy Santa", "The Christmas I Saved Macy's", "Sherlock Holmes' Creepy Christmas in Scotland", "A Rockabilly Christmas", and "Willoughby and the Professor Spend Christmas in the Middle East".

In act one, Olive tries to teach the kids some songs, Sgt. Lefty takes the kids on an "indoor" hike, Stinky has a crush on Rasta-Lasta, and the kids are caught "singing" in the latrine. In act two, the bored camp kids make up a musical fairy tale: Stinky in Winterland, with our hero saving the camp from the evil Iceman, with the help of Chippy the Chipmunk, Carla the Hummingbird, and the Wizard of Lunch.