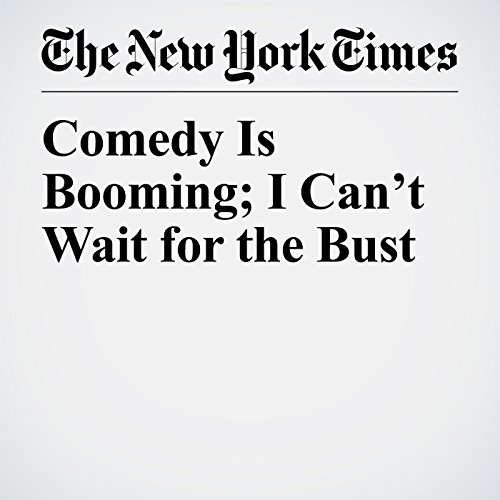 Back in the 1980s, a comedy boom built a nationwide circuit of hundreds of clubs, a crowded new TV genre showcasing stand-up sets and the blockbuster careers of Jerry Seinfeld and Roseanne Barr. The next decade, the boom went bust, with nearly a quarter of the clubs closing and two struggling cable channels merging into one, which later became known as Comedy Central.

"Comedy Is Booming; I Can’t Wait for the Bust" is from the November 23, 2017 Entertainment section of The New York Times. It was written by Jason Zinoman and narrated by Barbara Benjamin-Creel.