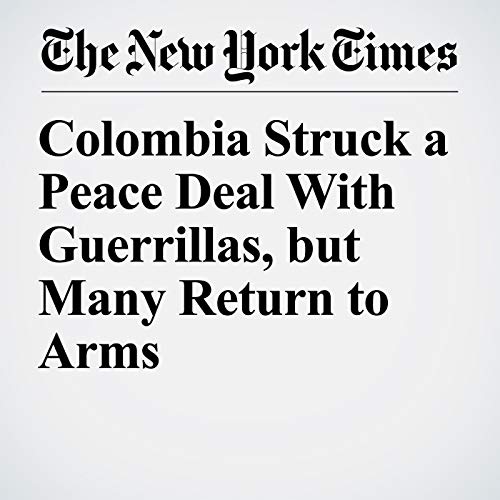 Colombia Struck a Peace Deal With Guerrillas, but Many Return to Arms

Under a torn Colombian flag on a windy hilltop, a ragtag guerrilla militia gathers. One fighter is missing an arm. Another, a leg. A commander who can barely read but goes by the alias “the Poet” tells of a recent firefight with a paramilitary squad in the hills nearby.

"Colombia Struck a Peace Deal With Guerrillas, but Many Return to Arms" is from the September 18, 2018 World section of The New York Times. It was written by Nicholas Casey and Federico Rios Escobar and narrated by Kristi Burns.