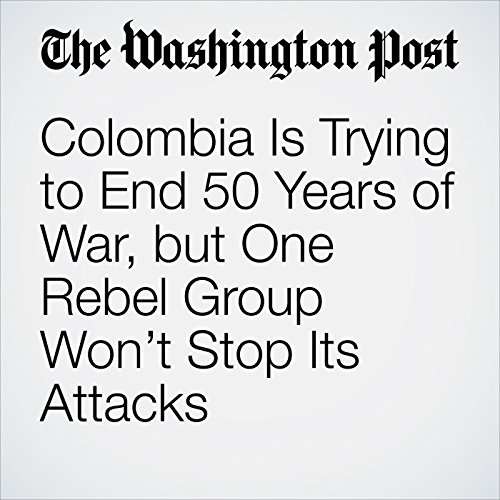 The breakdown of a cease-fire with a left-wing rebel group is threatening President Juan Manuel Santos’s goal of delivering peace and an end to Latin America’s longest-running war before the end of his eight-year term this August.

"Colombia Is Trying to End 50 Years of War, but One Rebel Group Won’t Stop Its Attacks" is from the January 11, 2018 World section of The Washington Post. It was written by Wes Michael Tomaselli and narrated by Jenny Hoops.