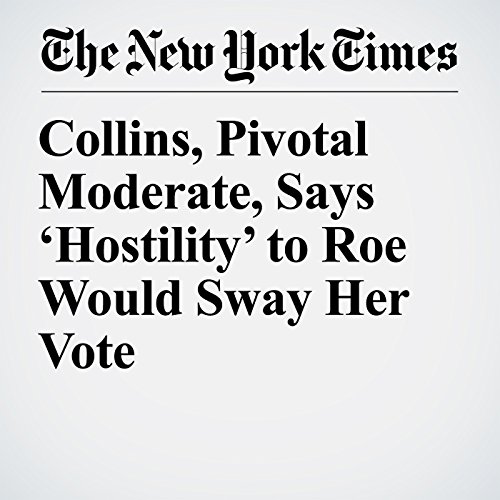 Sen. Susan Collins, R-Maine, a moderate whose vote could prove decisive in filling the Supreme Court’s vacant seat, said Sunday that she would not vote for a nominee who showed “hostility” toward Roe v. Wade, the landmark 1973 decision establishing a constitutional right to abortion.

"Collins, Pivotal Moderate, Says ‘Hostility’ to Roe Would Sway Her Vote" is from the July 01, 2018 U.S. section of The New York Times. It was written by Nicholas Fandos and Emily Cochrane and narrated by Keith Sellon-Wright.