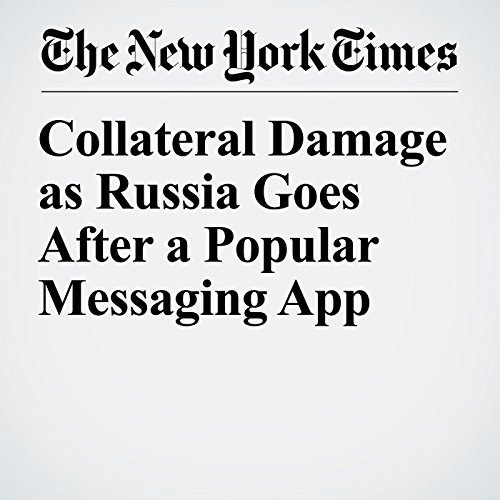 MOSCOW — Russia’s communications watchdog was locked in an intensive game of whack-a-mole on Wednesday with Telegram, the popular and highly secure messaging app, as its stuttering attempts to block the service inadvertently knocked out the websites of scores of small businesses.

"Collateral Damage as Russia Goes After a Popular Messaging App" is from the April 18, 2018 World section of The New York Times. It was written by Neil Macfarquhar and narrated by Keith Sellon-Wright.