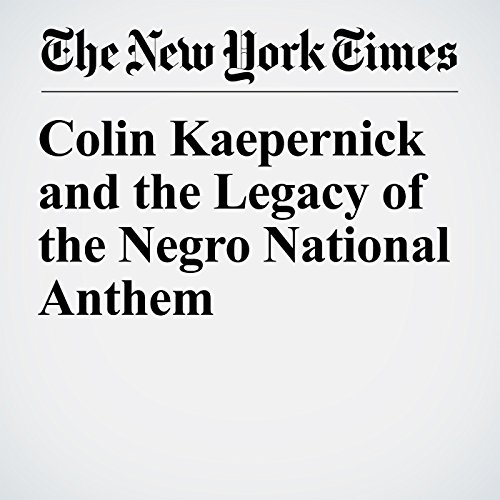 Congress declared “The Star-Spangled Banner” the national anthem in 1931. Well before then, however, black communities across the Jim Crow South were instead embracing the soaring, aspirational lyrics of “Lift Every Voice and Sing” — otherwise known as the Negro National Anthem — which was sung in churches, at civic events and even in schools, where substituting the song for “The Star-Spangled Banner” was a quiet act of rebellion against the racist status quo.

"Colin Kaepernick and the Legacy of the Negro National Anthem" is from the November 21, 2017 Opinion section of The New York Times. It was written by Brent Staples and narrated by Kristi Burns.