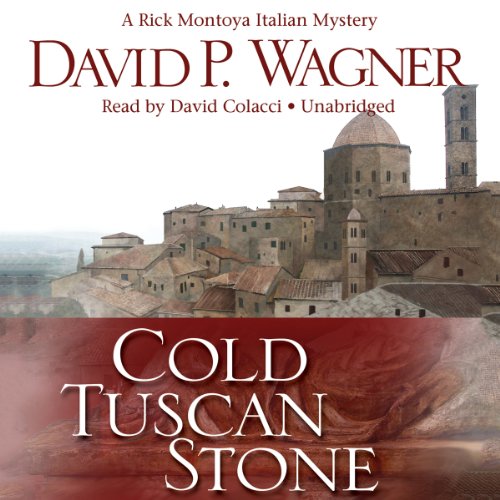 Rick Montoya has just moved from Santa Fe to Rome, embracing the life of a translator. He's beginning to settle in to la dolce vita when school friend Beppo, now senior in the Italian Art Squad, recruits Rick for an unofficial undercover role. Armed with a list of galleries, suspects, and an expense account, Rick arrives in Tuscany posing as a buyer for a Santa Fe gallery to flush out traffickers in priceless burial urns.

However, before sunset on his first day in Volterra, the challenge intensifies. Rick has one quick conversation with a gallery employee who dies minutes later in a brutal fall from a high cliff. Has the trade in fraudulent artifacts upgraded to murder? Are the traffickers already on to Rick?

The local commissario and his team consider Rick an amateur and, worse, a foreigner. Plus Rick is a suspect in what proves to be the dead man's murder. While the Volterra squad pursues its leads, Rick continues to interview his list: a museum director, a top gallery owner, a low-profile import-export businessman and his enterprising color-coordinated assistant, a sensuous heiress with a private art specialty and clientele. When Rick's girlfriend Erica, an art history professor, arrives from Rome to visit him, she rekindles a friendship with an alluring, maybe dangerous, acquaintance. Has Rick's role made him the target of both cops and criminals?