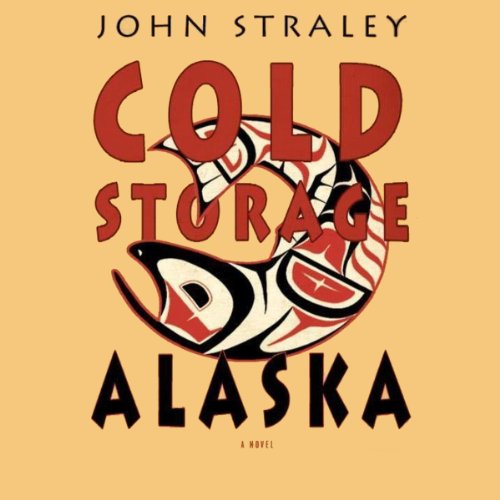 Cold Storage, Alaska, is a remote fishing outpost where salmonberries sparkle in the morning frost and where you just might catch a King Salmon if you're Zen enough to wait for it. Settled in 1935 by Norse fishermen who liked to skinny dip in its natural hot springs, the town enjoyed prosperity in the mid-20th century, at the height of the frozen fish boom. But now the cold storage plant is all but abandoned and the population is shrinking every day.

Clive "the Milkman" McCahon returns to his tiny Alaska hometown after a seven-year jail stint for dealing coke. He has a lot to make up to his younger brother, Miles, who has dutifully been taking care of their ailing mother - and, really, all of Cold Storage. Miles is a physician's assistant and the closest thing to a doctor this side of Sitka. But Clive doesn't realize the trouble he's bringing home. He's reformed now, and his dream is to open a bar-slash-church (a Cold Storage ordinance requires there to be as many churches in town as there are bars). Clive's vengeful old business partner is hot on his heels, a stick-in-the-mud State Trooper is dying to bust Clive for narcotics, and, to complicate everything, Clive might be going insane - lately, he's been hearing animals talking to him. Will his arrival in Cold Storage be a breath of fresh air for the sleepy, depopulated town? Or will it turn the whole place upside-down?

"Straley strikes the perfect balance of humor and pathos in this story about the McCahon brothers." ( The New York Times Book Review)
"The cast of eccentric characters, the sharp, witty dialogue, and the chaotic, frenzied pace of the narrative would do Preston Sturges proud.… Those who like their crime with a healthy side of humor could hardly do better.… Quirky, funny and compulsively readable." ( Kirkus Reviews)
"[Straley's] evocation of nature and human nature approaches the lyrical, and he seems guided by Faulkner’s dictum that the only thing truly worth writing about is the human heart in conflict with itself." ( Booklist)

Great characters and wonderful story lines plus excellent narration--enjoy beside a warm fire or on a sunny summer weekend. The only chills you'll get are those shivers of delight at a great book rolling along inside your head like it belongs there. Enjoy! #tagsgiving #sweepstakes #Alaska

What other book might you compare Cold Storage, Alaska to and why?

Similar authors would be Elmore Leonard, but the writing is smarter. Or Carl Hiasson but the characters are much more defined and enjoyable. The book has the same quirky humor as those authors but the story flows better and the funny parts seem more genuine.

I enjoyed the interaction between the brothers, the upstanding one is scared to make a wrong move and the scoundrel is fearless, I also enjoyed the bonding that took place between Clive and Little Brother, the distrusting scarred up pit bull. In fact the characters in this book are all interesting and I'm looking forward to a sequel in order to get know them better. The characters are quirky and funny.

What did you love best about Cold Storage, Alaska?

The characters that live in the town of Cold Storage, very believable.

What other book might you compare Cold Storage, Alaska to and why?

Tom Bodett's books on Homer are similar but Straley is more gritty in his prose.

I'm ready for the third book about Cold Storage, AK. Love these characters. I really like that all the bad guys end up revenged but okay. Very different philosophy but I like it.

This is the second book in the series that I've listened to, and they are fantastic! The author doesn't awesome job and so do the performers oh, and I look forward to many more adventures in Cold Storage, or similar:)

You get absorbed into the story quickly and can't put it down!! Loved it very much!!

gave me a headache

Put a warning label on the jacket indicating that this is juvenile at best.

The narrator was great. The story was lame, not even remotely believable.

Was Cold Storage, Alaska worth the listening time?

If you are 12 years old you may like this. I kept thinking that the story would become interesting, unfortunately I had to wait until THE END before the headache started to subside.