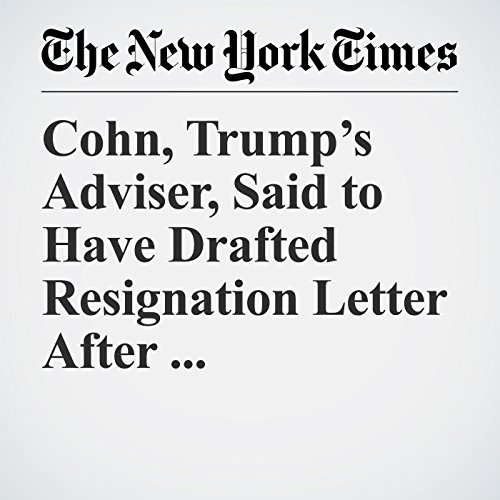 A prominent Jewish member of the Trump administration said that the White House “can and must do better” in consistently condemning hate groups.

"Cohn, Trump’s Adviser, Said to Have Drafted Resignation Letter After Charlottesville" is from the August 25, 2017 U.S. section of The New York Times. It was written by Eileen Sullivan and Maggie Haberman and narrated by Barbara Benjamin-Creel.