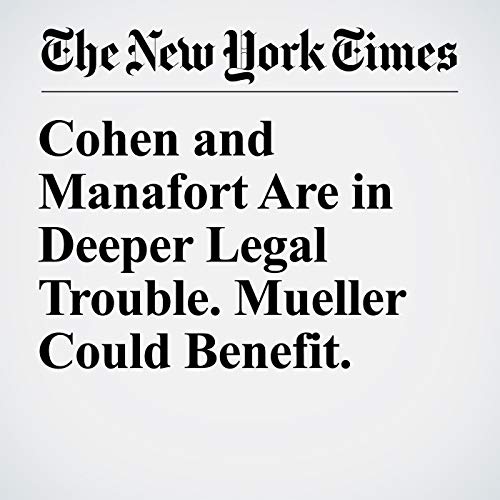 The trial of Paul Manafort was not about election conspiracy or presidential obstruction of justice. Michael Cohen pleaded guilty to crimes that had nothing to do with Russia’s campaign to sabotage the 2016 presidential race.

"Cohen and Manafort Are in Deeper Legal Trouble. Mueller Could Benefit." is from the August 22, 2018 U.S. section of The New York Times. It was written by Mark Mazzetti and narrated by Keith Sellon-Wright.