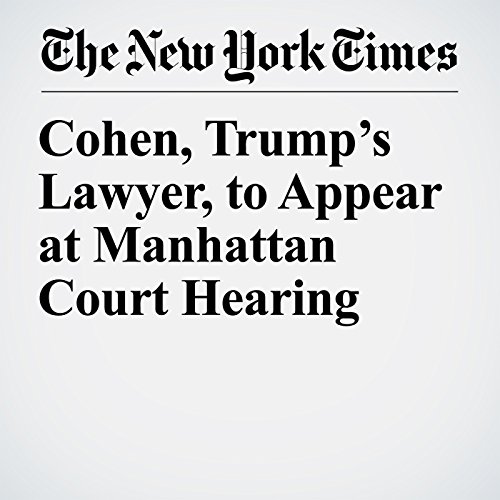 Michael Cohen, President Donald Trump’s embattled lawyer, is expected to appear in a courtroom in Manhattan on Monday as prosecutors and Cohen’s lawyer continue to argue over the fruits — and future — of the extraordinary raids that federal agents conducted last week on Cohen’s office, home and hotel room.

"Cohen, Trump’s Lawyer, to Appear at Manhattan Court Hearing" is from the April 16, 2018 U.S. section of The New York Times. It was written by Alan Feuer and narrated by Keith Sellon-Wright.