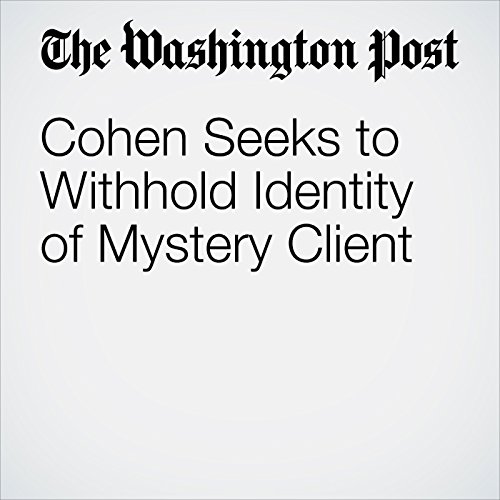 President Trump’s longtime lawyer, Michael Cohen, told a federal judge Monday that he had three legal clients in the past year — the president, GOP fundraiser Elliott Broidy and a third client whose identity he asked to keep secret.

"Cohen Seeks to Withhold Identity of Mystery Client" is from the April 16, 2018 National section of The Washington Post. It was written by Devlin Barrett and narrated by Sam Scholl.