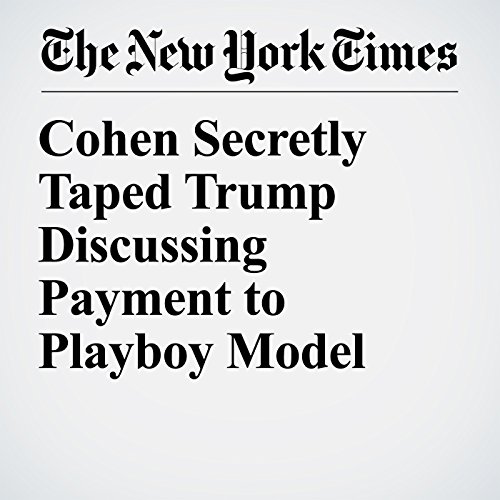 President Donald Trump’s longtime lawyer, Michael Cohen, secretly recorded a conversation with Trump two months before the presidential election in which they discussed payments to a former Playboy model who said she had an affair with Trump, according to lawyers and others familiar with the recording.

"Cohen Secretly Taped Trump Discussing Payment to Playboy Model" is from the July 20, 2018 U.S. section of The New York Times. It was written by Matt Apuzzo, Maggie Haberman and Michael S. Schmidt and narrated by Mike DelGaudio.