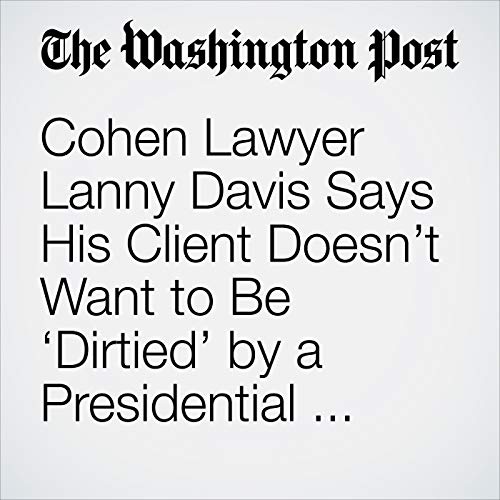 Lanny Davis, a lawyer for President Trump’s former attorney and fixer, Michael Cohen, said Wednesday that Trump’s alleged direction of hush payments to two women amounts to impeachable offenses and that Cohen has no interest in being “dirtied” by a presidential pardon of his crimes.

"Cohen Lawyer Lanny Davis Says His Client Doesn’t Want to Be ‘Dirtied’ by a Presidential Pardon" is from the August 22, 2018 Politics section of The Washington Post. It was written by John Wagner, Tom Hamburger,Isaac Stanley-Becker and narrated by Sam Scholl.