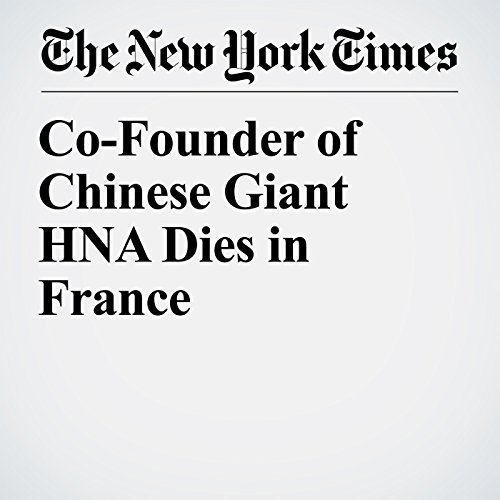 The co-chairman and co-founder of HNA Group, a Chinese conglomerate that spent heavily in recent years to build a global profile but that has since grappled with high debt, died from an accidental fall in France, the company said Wednesday.

"Co-Founder of Chinese Giant HNA Dies in France" is from the July 04, 2018 Business section of The New York Times. It was written by Alexandra Stevenson and Cao Li and narrated by Keith Sellon-Wright.