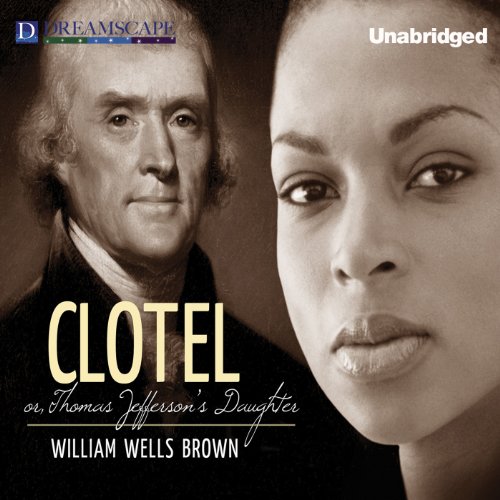 First published in 1853 amidst rumors that Thomas Jefferson fathered children with one of his slaves, Clotel is a fictional chronicle of one such child. After Jefferson's death, his mistress and her two daughters are auctioned. One daughter, Clotel, is purchased by a white man from Virginia who impregnates her. Despite the promise of marriage, Clotel is instead sold to another man and separated from her daughter. After escaping from the slave dealer, Clotel returnss to Virginia to reunite with her daughter - now a slave in her father's house.

Happiness Is To Love And Be Loved

I thoroughly enjoyed the audible book. What wonderful insight to an unknown story of struggle, love, and happiness.

So Real the Feelings.

This story I can relate to. It is more. It's a reminder for us all. Especially in these uncertain times. That knowing our history doesn't mean that it won't repeat.