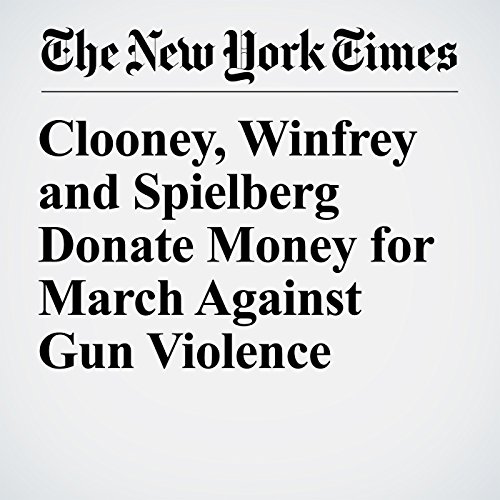 The actor George Clooney and his wife, Amal, a human rights lawyer, said Tuesday that they would donate $500,000 to a nationwide protest against gun violence planned next month by teenage survivors of a Florida high school shooting, inspiring similar gifts from other big-name Hollywood figures.

"Clooney, Winfrey and Spielberg Donate Money for March Against Gun Violence" is from the February 20, 2018 Entertainment section of The New York Times. It was written by Liam Stack and narrated by Kristi Burns.