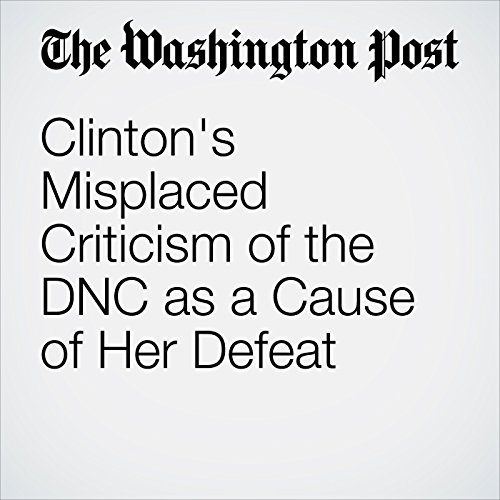 Of all the reasons Hillary Clinton thinks she lost the 2016 election to President Trump, the least among them was the state of the Democratic National Committee. That it was a mess long before she became a candidate was well known.

"Clinton's Misplaced Criticism of the DNC as a Cause of Her Defeat" is from the June 01, 2017 Politics section of The Washington Post. It was written by Dan Balz and narrated by Sam Scholl.