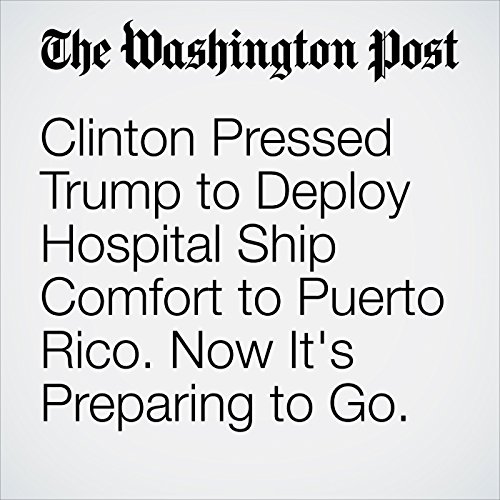 "Clinton Pressed Trump to Deploy Hospital Ship Comfort to Puerto Rico. Now It's Preparing to Go." is from the September 26, 2017 National section of The Washington Post. It was written by Dan Lamothe and narrated by Sam Scholl.